Mail a Check to:

Since we can’t host our traditional Green & White Dinner and Auction this year, we’re doing things a little differently. Our new Giving for Green and White online campaign includes an exciting video mini-series, an online auction and the ever-popular Build a Scholarship opportunity.

Our student-athletes' lives were turned upside down this past year. Let’s come together and celebrate who they are and who they will become by Giving for Green and White. 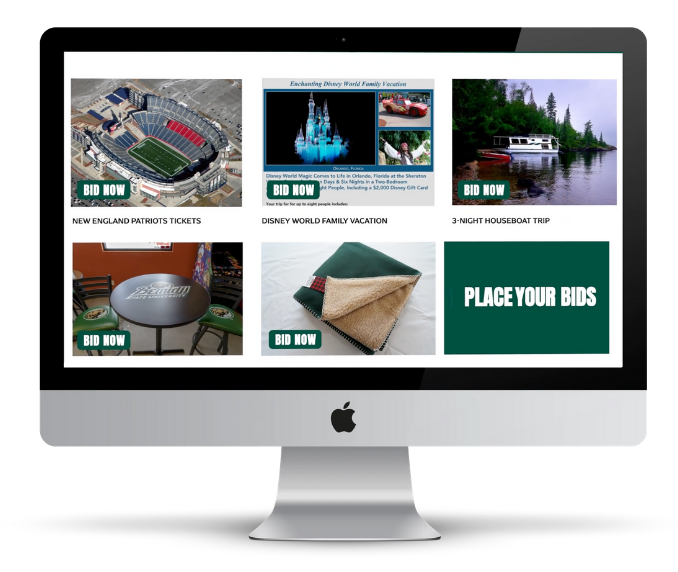 The Green and White Spotlight is a new mini-series highlighting 2 of our very talented athletes and a few of our alumni who have made tremendous impacts in their communities after their lives at BSU.

Zoe Christensen is a stand-out thrower for the Beavers Track & Field team, having set career-best and program records in the shotput and weight throw, plus twice earning a spot to participate in the NCAA DII Championships in the shot put in 2020 and 2021. The junior thrower from Glencoe, Minn. has two consecutive All-Central Region honors and is ranked seventh nationally in the shot put.

Christensen is studying criminal justice with an emphasis in law enforcement in addition to a minor in philosophy.

Ethan Samoza is a senior forward for the Beavers. He finished his junior season with 18 points on six goals and 12 assists and ranked eighth on the team in scoring and seventh in assist scoring. Samoza has twice been named an AHCA Division I Krampade All-American Scholar and three times a WCHA Scholar-Athlete. He was also the recipient of the Sue and Steven Engle Scholarship at BSU in 2019-20 and 2020-21. Samoza is the first native Californian to be a captain for the Beavers.

Samoza is a business administration major with an emphasis in finance.

Bryan and Jackie Stoffel are former BSU student-athletes and current Beavers supporters who have translated their successes as former athletes into their professional careers as educators.

Bryan ’04, an offensive lineman for the Beavers from 2000-03, earned All-NSIC honors in 2001 and 2003 and was selected for first-team all-region and third-team all-America honors his senior year. He is a Bemidji High School physical education teacher and head varsity football coach for the Bemidji Lumberjacks.

The couple lives in Bemidji with their two children.

He was a goaltender for the Beavers for five years, ending his college career as a member of the famous Beavers team that advanced to the semifinals of the 2008-2009 NCAA Frozen Four tournament – the best finish for the Beavers in the team’s NCAA Division I era.

Alamano is active in the Bemidji community serving on the worship team at Bemidji Evangelical Covenant Church, as a board member for the Beltrami County Housing & Development Authority and on committees for the United Way of the Bemidji Area.

He and his wife, Denae (Fisher) ’07, live in Bemidji with their three children – Sam, Joey and Libby, who joined their family first as a foster child before being adopted by the couple in 2019.

YOU CAN PARTICIPATE IN 3 IMPORTANT WAYS

Your $100 gift will give a BSU student-athlete the boost they need to succeed both in the classroom and in competition. Gifts will be used for greatest-need athletic scholarships for Beavers Athletics.

You’ll receive a hand-written thank you from a BSU student-athlete that you’ll be proud to show to your friends and family. 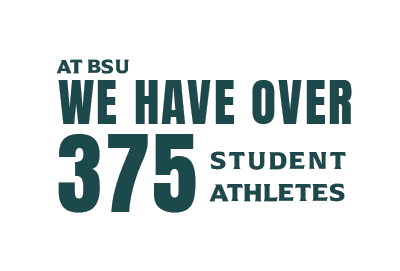 Your gift will be used to increase the number of scholarships awarded to BSU student-athletes each year through the Beaver Pride Fund, the general fund for BSU Athletics. 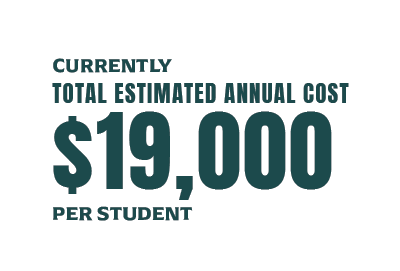 You choose the amount to donate! Any amount is appreciated by our student-athletes

Choose from a wide variety of items including:

Thank you to our sponsors