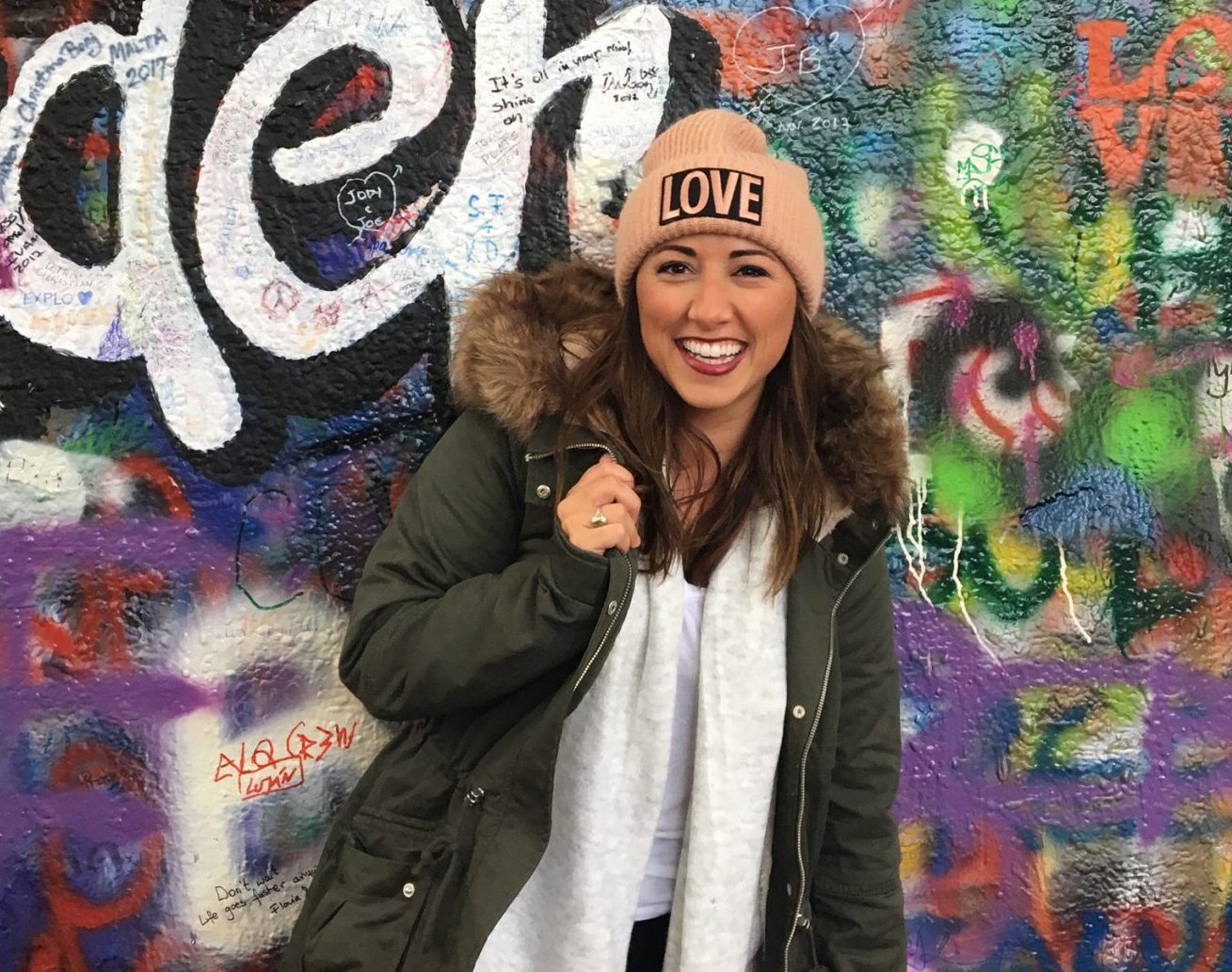 Design technology alumna Danika Stelton spent 12 months traveling the world with the Remote Year program, a curated travel experience which helps professionals explore the world without having to quit their jobs.

A 2013 graduate, Stelton currently works in the corporate accounts team for the Minneapolis branch of GES, where she designs exhibits, events, trade shows and corporate interiors.

She learned about Remote Year from an Instagram ad.

“I had never heard of it, so I clicked on their ad and read through the website,” she said. “It seemed too good to be true, so I took a shot in the dark and signed up.”

Within a few weeks she learned she’d been accepted for the program. She presented the opportunity to her boss, and he agreed to allow her to participate.

“For them to be able to trust me to do this and still be able to do my job was remarkable,” she said. “It showed just how much they valued me as an employee and what this opportunity could spark creatively for the company.”

Stelton’s adventure began in October 2017 in Split, Croatia, which gave her an immediate opportunity to indulge one of her other passions — “Game of Thrones” — and explore the shooting location for Kings Landing in Dubrovnik.

“Dubrovnik is known for its distinctive Old Town, encircled with massive 16th-century stone walls,” she said. “I took a two-hour tour around all of the areas that filming took place with the GoT theme song playing in my head the entire day.”

During the year-long experience, Stelton spent one month each in a dozen cities in 10 countries. After leaving Croatia, she visited the Czech Republic, Portugal, Japan, Thailand, Malaysia, Argentina, Peru, Colombia and Mexico.

“The experience opened my eyes and made me less naïve to all the different cultures and traditions around the world,” she said. “It helped me gain global perspective and also gave me true appreciation for just how good we have it here in our own backyards. We shouldn’t take that for granted.”