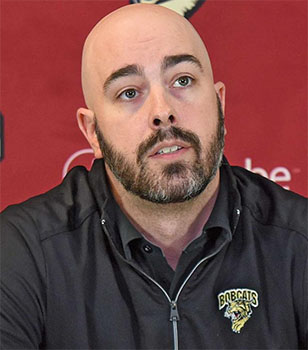 Garrett Roth was named the first head coach for the newly-formed Wichita Falls Warriors hockey team. Located in Wichita Falls, Texas, the Warriors will play in the North American Hockey League. Roth previously spent eight years as an associate head coach and director of player personnel for the Bismarck Bobcats, also of the NAHL. He and his wife, Lauren, will be moving to Wichita Falls with their son, Jaxon.