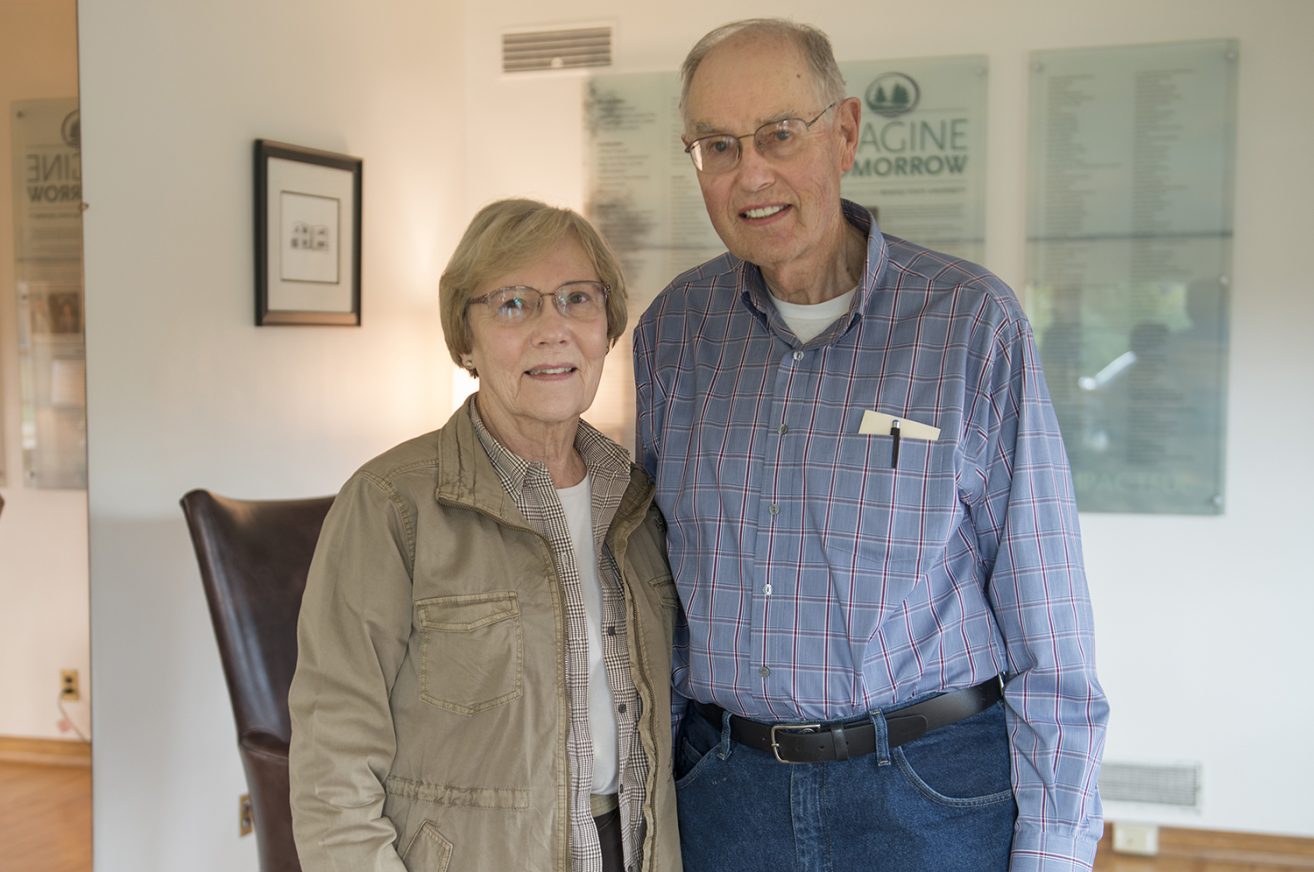 Norman “Norm” Kramer ’58 came from humble beginnings, growing up on a small farm a stone’s throw from Grant Creek in Wilton.

Always interested in the sciences, Kramer graduated from Bemidji State with degrees in chemistry and mathematics. He worked a part-time job on campus to pay for his education.

“I worked as a lab assistant for the science department. I got paid about fifty cents an hour, which was enough to pay for my tuition and books,” he said with a chuckle.

He taught high school chemistry, math and physics in Morris, Mountain Iron, Plummer and Brainerd after graduating from BSU. It was while teaching in Brainerd he met his wife, Ginger. They were married in 1962.

Kramer returned to school in 1965 – this time to the University of Minnesota – and earned a bachelor’s degree in mechanical engineering.
In 1967, the Kramers relocated to Idaho Falls, Idaho, when Norm was hired as a contractor for the Idaho National Laboratory. In 1972 he accepted a position at the Argonne National Laboratory, also in Idaho Falls. The lab, established in the early 1950s to conduct nuclear power research, tasked him with safety testing fuel rods for nuclear reactors.

“I was in charge of testing the breaking limits of the mechanisms inside the reactors and improving them.”

He spent 23 years at Argonne National Laboratory before retiring in 1995.

Kramer is thankful for his experience at BSU and where his education led him. “If I had not had the opportunity to attend BSU, I do not know where I would have ended up,” he said. “My BSU education gave me a fantastic basis for what I did in my career.”

In 2018, the Kramers paid their gratitude forward by establishing two scholarships for BSU students studying chemistry and physics, and funding an aquatic biology scholarship named after Norm’s late brother, Robert ’54.