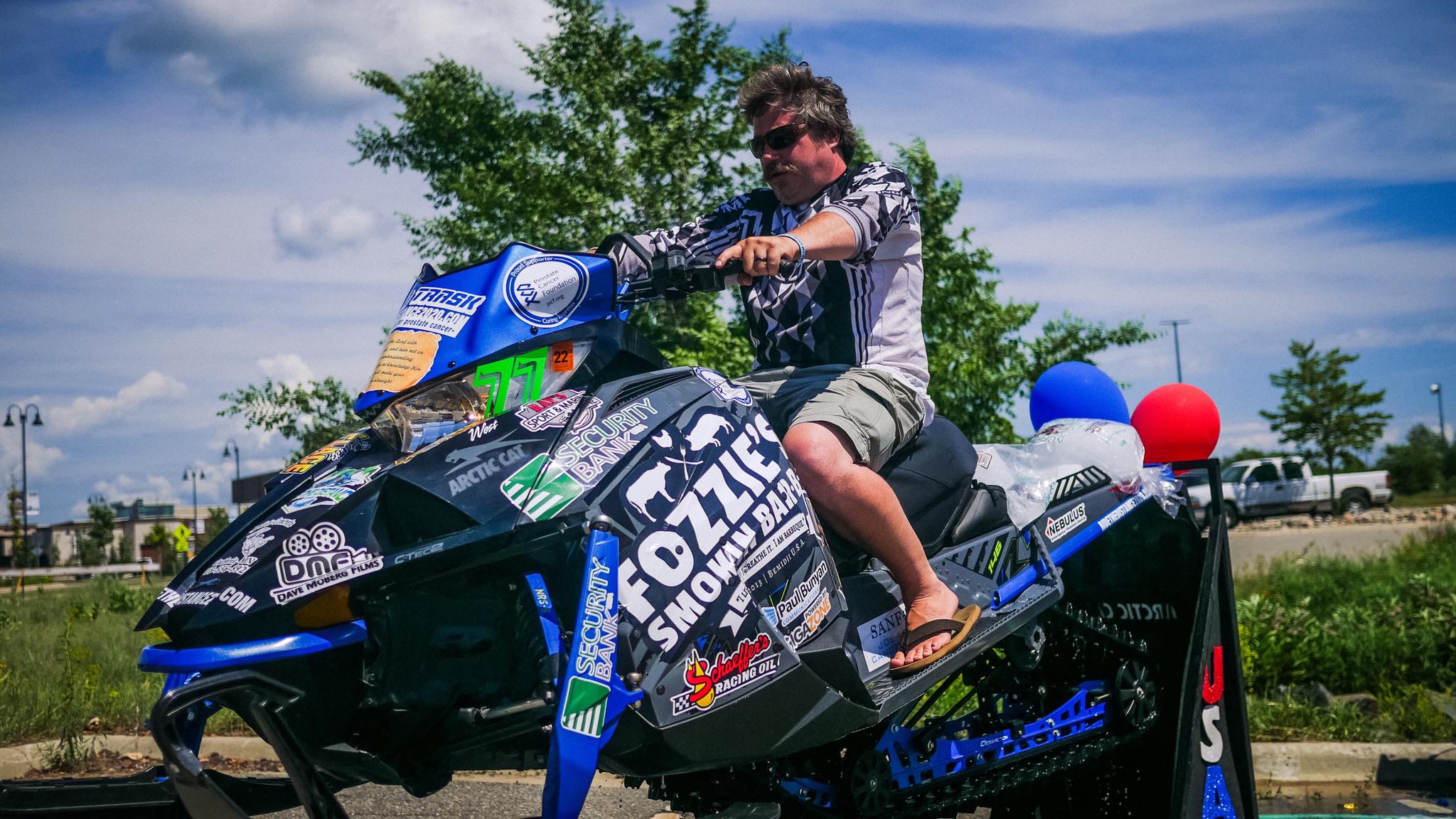 Brad Trask '17 is using a life-long passion to bring awareness to one of the leading causes of cancer in men. He will likely soon become a world-record holder in the process.

When his father was diagnosed with prostate cancer in August 2018, Trask came up with an out-of-the-box strategy to raise awareness for prostate cancer research. He decided to attempt a world-record snowmobile ride on Lake Bemidji...in September.

Trask, who lives in Solway, Minn., spent months planning and testing his snowmobile on smaller area lakes in preparation.

"I would have a pit crew, safety spotters in boats and a recovery barge in case something were to happen or I ended up sinking," he said.

Riding a snowmobile on water is different than on snow; the machine will sink if the rider slows down or loses control. If the rider keeps their forward momentum, however, than can "skip" their machines for miles.

On September 25, in front of dozens of crew members and supporters, Trask rode a total of 60.5 miles on Lake Bemidji, shattering the previous record of 43 miles set in 2005. Trask's record is pending approval from Guinness, but Trask is confident the record will be approved by the end of winter.

Private donations from friends, family and local businesses in support of his record-breaking ride were presented to Bemidji's Joe Lueken Cancer Center and the Prostate Cancer Foundation.

His father in now thankfully cancer-free, but Trask intends to bring more attention to prostate fancer this July by achieveing a personal goal of his - a 200 mile ride on Lake Bemidji.

"I would like to thank God, my family, friends and the community for the support," he said.

You can learn more about Trask's upcoming ride at www.ridethedistance2021.com