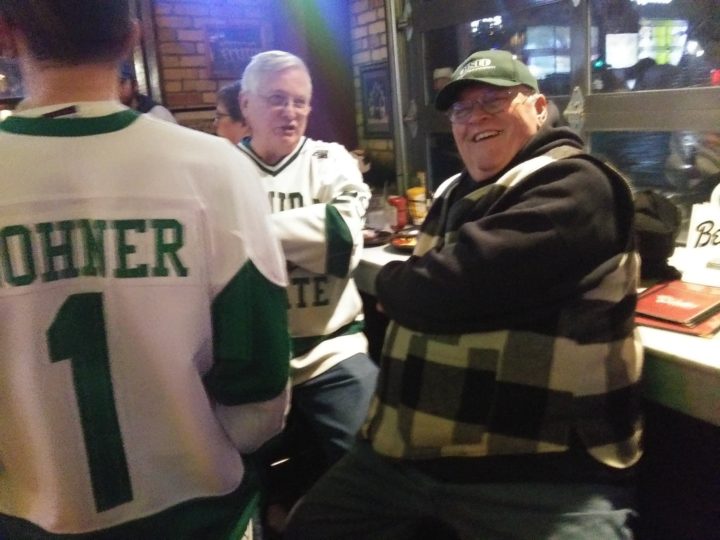 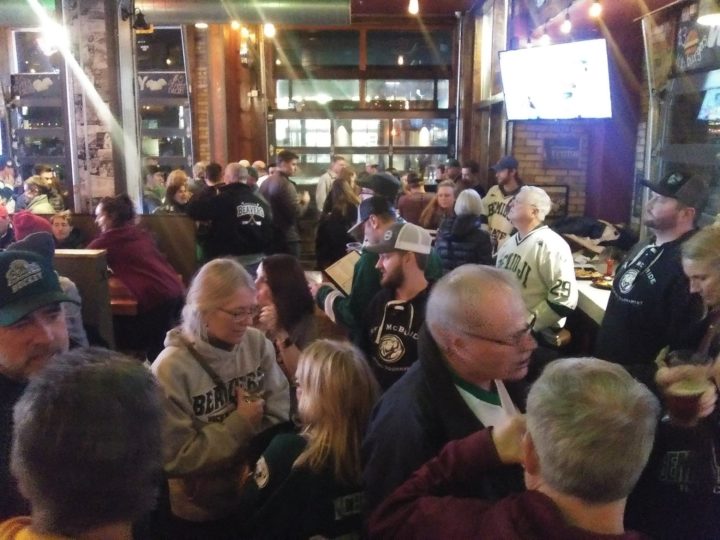 BSU fans turn out for the 27th Mariucci Classic

Hosted by the BSU Twins Cities Alumni Chapter, over 100 BSU alumni and hockey fans gathered at Sally's Saloon near the University of Minnesota campus before the BSU Beavers faced-off against the U of M Golden Gophers.

The Beavers played well, but came up short against the Gophers on Saturday night, losing 5-2. The next day, MSU - Mankato shut out the Beavers by a score of 2-0 with two quick, first period goals.

The Golden Gophers claimed the Mariucci Classic title for the 15th time in tournament history on Sunday by beating St. Cloud State, 4-1.

The BSU Alumni & Foundation donated two Sanford Center suite tickets to a future Beaver Men's Hockey game, which were won in a drawing by Kevin Geerdes '92 of Bemidji. 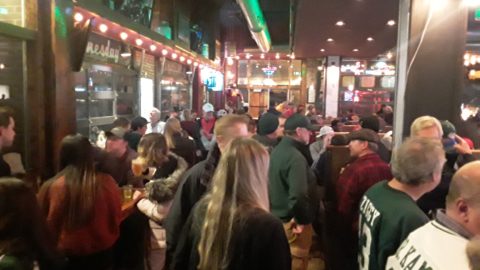 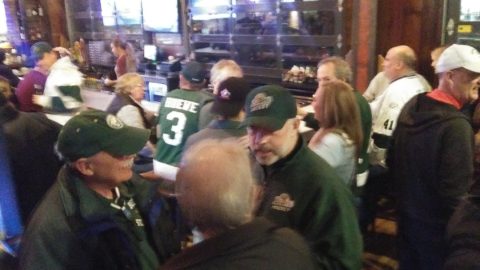 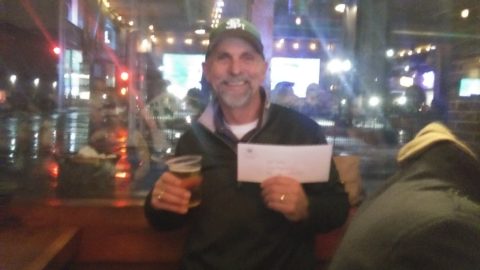 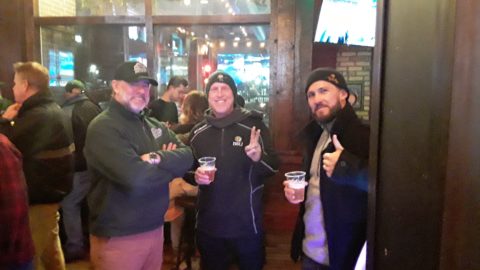 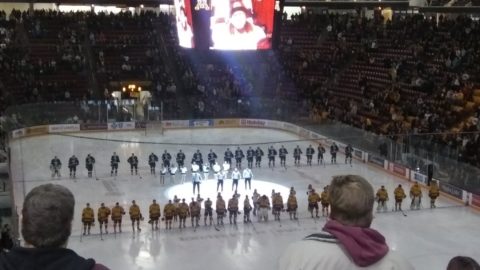