“I am thrilled to welcome Britt Lauritsen and her wife, Emily, to Beaver Athletics and the Bemidji community,” incoming Bemidji State University President Dr. John Hoffman said. “She knows how to build a vision and culture of winning that starts in the classroom and shines through athletic competition.

“Even more important is her commitment to students, which is grounded in fair play, integrity and equity — hallmarks of Beaver Athletics. I am truly excited to work for her.”

Lauritsen will begin her post with Beaver Athletics on July 1 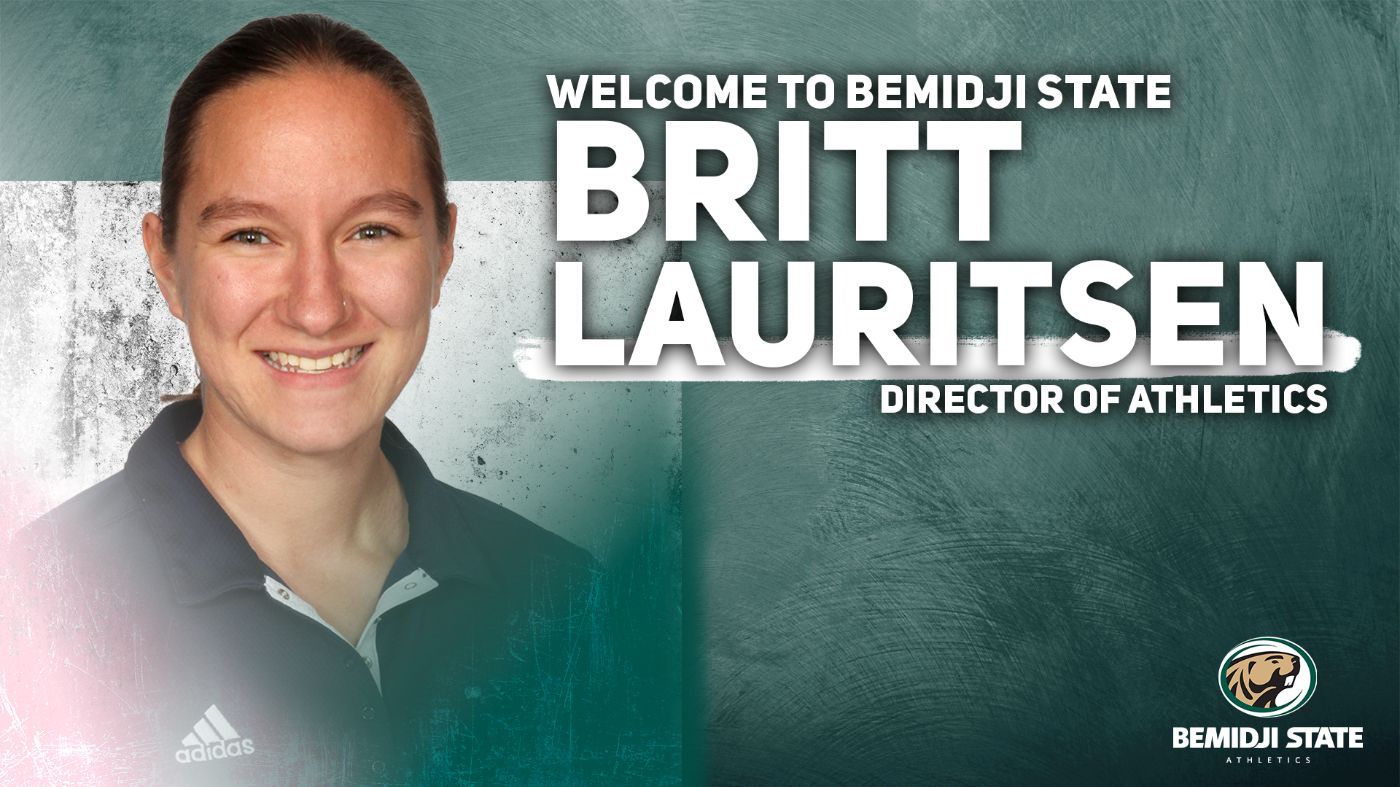 “Emily and I are honored and incredibly excited to join the Bemidji State family,” Lauritsen said. “From the moment I set foot on campus, I recognized an incredible community ready to embrace the opportunity to provide a holistic and meaningful experience for all students.

“I cannot wait to work with the athletics staff and campus partners to build Beaver Athletics, and I thank everyone involved in this process for their faith in me as I take this role.”

Lauritsen has been at Washburn, located in Topeka, Kan., since 2014, where she also teaches Sports and the Law in Washburn’s School of Law. Washburn is a member of the Mid-America Intercollegiate Athletic Association and sponsors 16 intercollegiate sports.

In her role as compliance coordinator, she ensures that Washburn’s athletic department complies with NCAA, Mid-America Intercollegiate Athletic Association and institutional rules and regulations. She provides rules education for athletics staff and others, monitors coaching and recruitment activities, provides rules interpretations and tracks eligibility and progress-toward-degree for approximately 435 student-athletes. She also budgets, manages, and distributes approximately $2.3 million in athletic scholarships, and oversees Washburn’s Name, Image and Likeness policy for student athletes.

In addition to her work in athletics and as an instructor, she has facilitated “Bringing in the Bystander” training, meant to teach students how to recognize and prevent sexual assault on campus and establish a community of responsibility, and she mentors first-generation students through the university’s First Gen Program.

Before joining the Washburn athletic department, she held externships in enforcement with the NCAA, in compliance at Indiana University-Purdue University Indianapolis, and with the USA Football Office of the General Counsel. At the NCAA, she processed secondary violations by schools in all three divisions. At Indiana University-Purdue University Indianapolis, she worked with student-athletes and the NCAA Eligibility Center helping to monitor 16 Division I sports. At USA Football, she helped draft and execute licensing and facility agreements for USA Football camps across the nation, and helped to review and create sponsorship agreements for U.S. National Team events and the USA Football organization.

Lauritsen earned her bachelor’s degree in pre-professional studies with an emphasis in pre-medicine from Saint Mary-of-the-Woods in Indiana, and earned her Juris Doctor from Indiana University’s Robert H. McKinney School of Law.

She was a four-year member of Saint Mary-of-the-Woods soccer team and was a three-time captain. She also earned academic honors during each of her four years of eligibility.