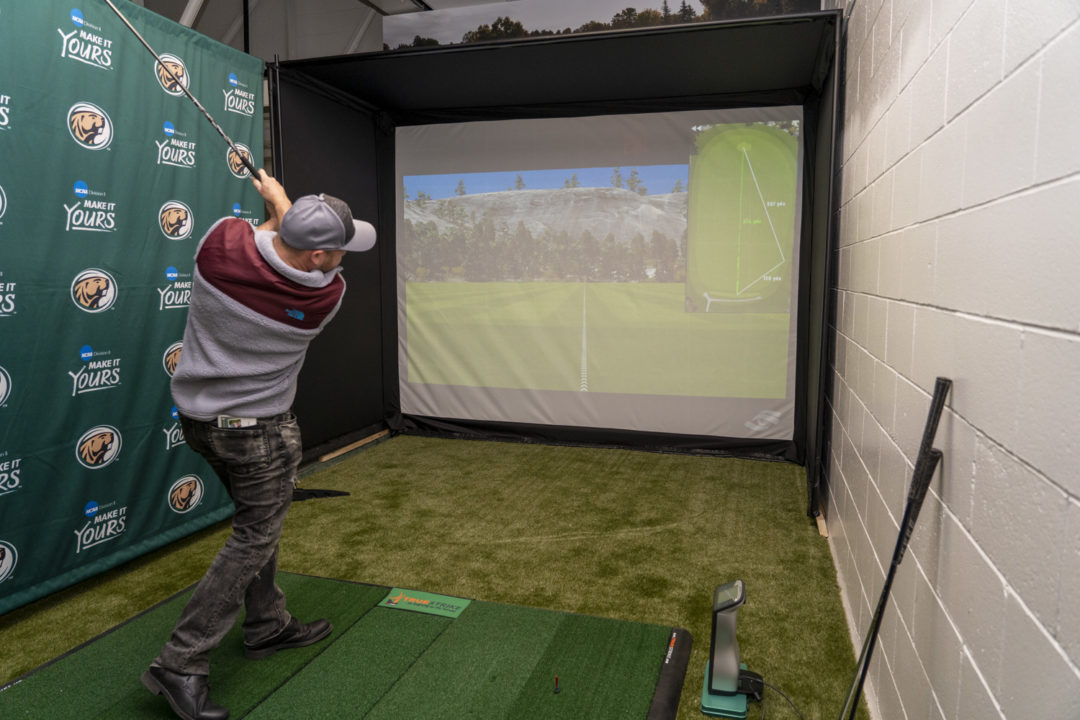 BSU Men’s and Women’s Golf teams understand the challenge of keeping their swings and putts true over the winter months in Bemidji. Thanks to donors, however, BSU Golf has an all-new training space loaded with equipment to keep their skills honed throughout the year.

The clubhouse, located in the upper mezzanine level of the Frederick P. Baker Training Center at the John Glas Fieldhouse, includes a state-of-the-art golf simulator, putting green and equipment lockers. The new space will give BSU’s golf teams a dedicated space to practice indoors year-round, no matter the weather outside.

The new golf simulator uses high-speed cameras and sensors to send data about the golfer’s swing in real time to the simulator’s software, which then projects an animated view of the ball’s trajectory and distance on the fabric screen in front of the golfer. A separate monitor displays critical swing data so coaches can recommend changes to improve their athletes’ scores on the course. The new putting green will also give BSU golfers a climate-controlled space to practice their putting skills.

"This new space pushes our programs forward and motivates players in the off-season. The clubhouse will be our space to build team skill and camaraderie," said BSU Men's Golf head coach Ekren Miller. "We are having so much fun with it."

The clubhouse is named in honor of the late Jeff “Bird” McBride, a 2010 Bemidji State graduate. McBride played on the 2007-08 BSU Men’s Golf team and the university’s club hockey team while attending BSU. He passed away unexpectedly in 2012 at the age of 24.

Funds for the purchase of the simulator, putting green, equipment lockers and renovations were raised through the support of BSU golf fans, former BSU golfers and the family and friends of current Beaver golfers. Jeff McBride’s parents, Gary and Ruth McBride, provided funding to drive the project across the finish line in honor of their son.

Dozens of Jeff’s friends and family attended the dedication, with many wearing matching Jeff McBride Memorial Tournament sweatshirts. Each year, the McBride family hosts a golf tournament at Oak Marsh Golf Course in Oakdale, Minn. to benefit scholarships at BSU in memory of Jeff.

“Through today’s dedication of the Jeff “Bird” McBride Clubhouse, his memory and the impact of his life will continue forever,” BSU President Faith Hensrud said at the welcome reception before the grand opening. 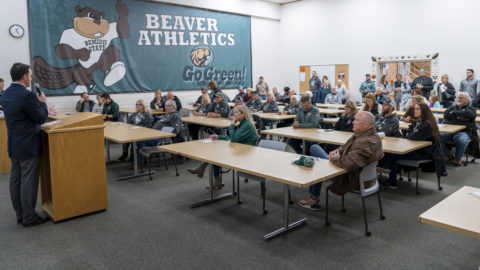 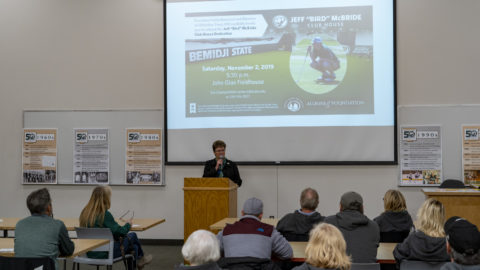 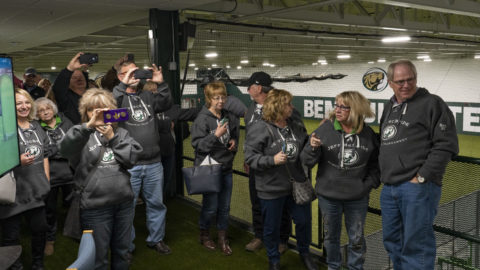 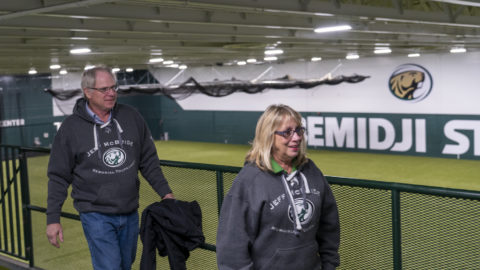 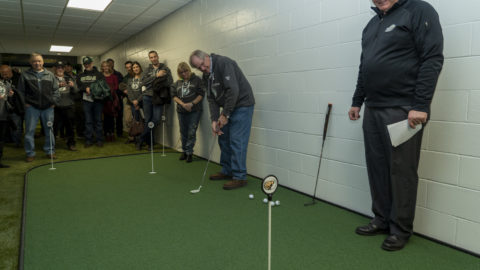 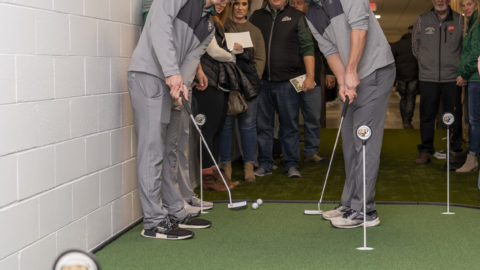 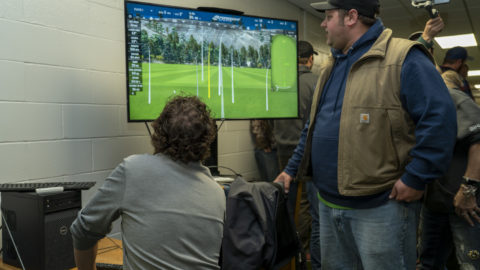 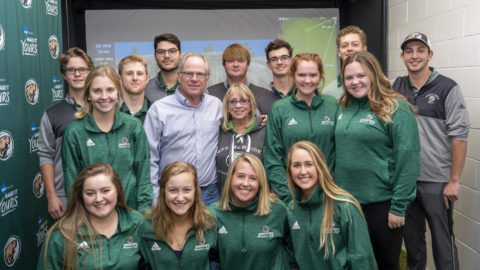 Gary and Ruth McBride pose with the BSU golf teams 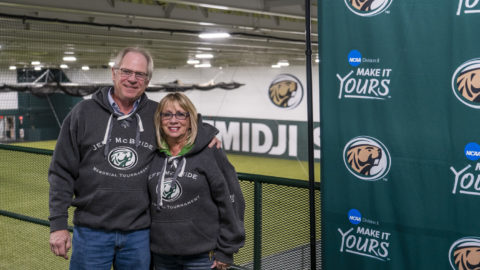