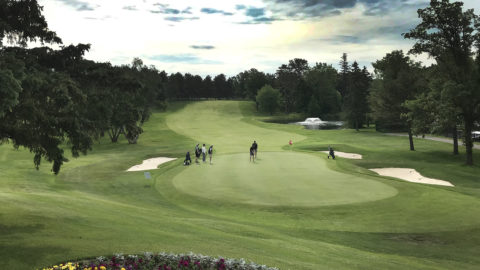 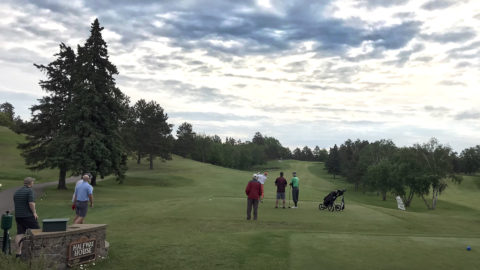 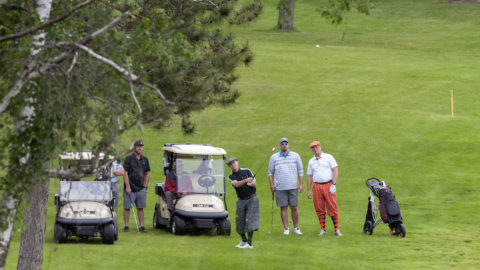 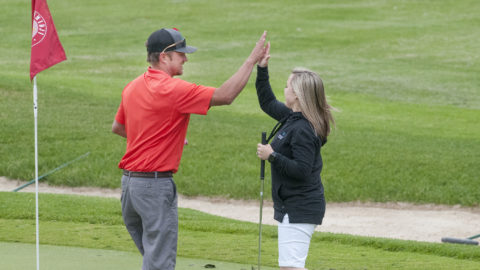 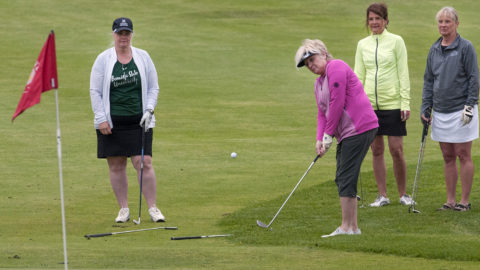 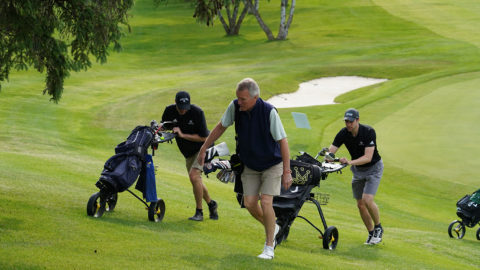 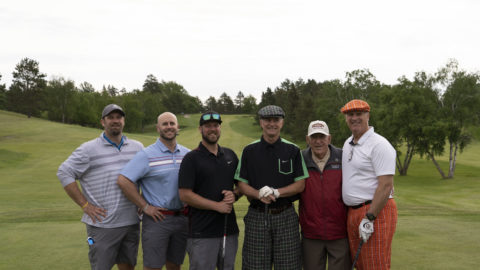 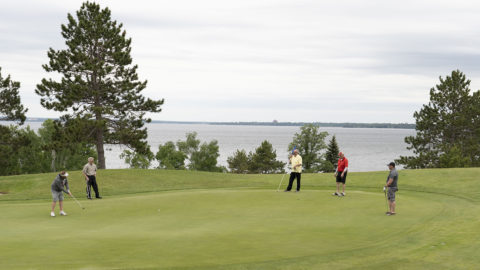 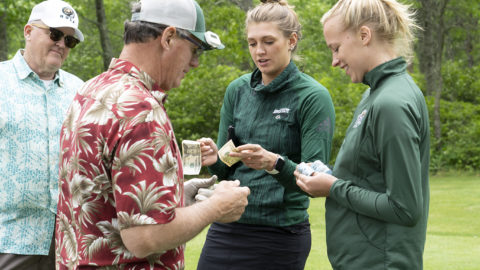 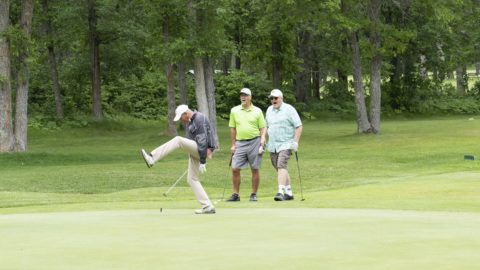 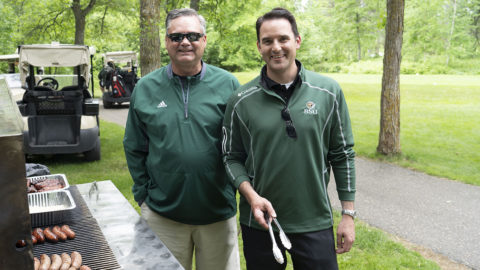 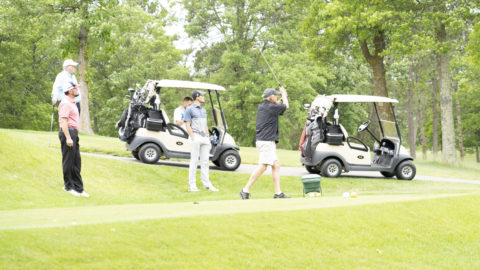 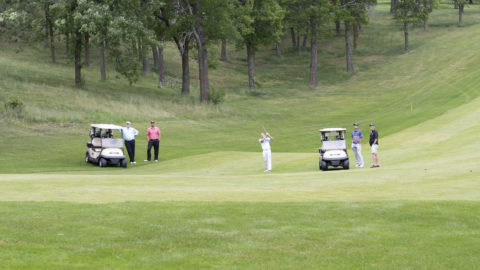 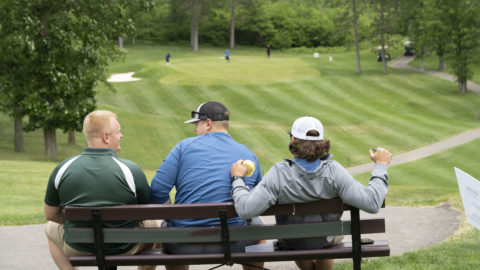 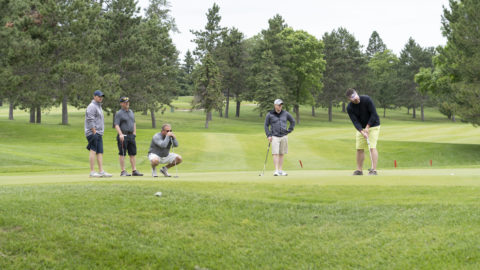 Between the morning and afternoon flights, on-course games and a silent auction, 30 teams raised over $30,000 for the Bemidji State Athletic Scholarship Fund and the university’s 15 athletic programs.

Participants enjoyed great food, activities and socializing with BSU faculty and staff, current athletes, alumni and other BSU Athletics supporters. Participants had the opportunity to participate in on-course games including a long-drive challenge, closest-to-the-hole competition and a hole-in-one contest for a new car provided by Dondelinger GM.

The Bemidji Town and Country Club hosted a brunch from 10:30 a.m. to 2 p.m. for participants and volunteers. Brats from Stittsworth Meats and non-alcoholic beverages were also served on the course.

Three awards were given out for low net scores. The team consisting of John Eickhof, Gary Erickson, Janet Grove, Mitchell Mackendaz and Tim O’Keefe took home first place with a net score of 46.5.

For the second year in a row, the team of Tim Dondelinger, Tom Serratore, Paul Friesen, Clint Cornell and Jeff Peltier took first place in gross scoring by shooting a 52.

The 2020 Gordy Skaar Memorial Golf Tournament is scheduled for June 19 at the Bemidji Town and Country Club.

The Gordy Skaar Memorial Golf Tournament was started in 1978 by the late Gordy Skaar to assist Bemidji State to raise funds for its men’s athletic programs. To date, the event has nearly $800,000 for BSU Athletics.