Even away from the Bemidji State University football team for two years, former All-American Gunner Olszewski is setting program firsts as a member of the New England Patriots. Olszewski became the first Beaver ever selected to The Associated Press National Football League All-Pro Team, as the news outlet announced its 2020 selections Friday. 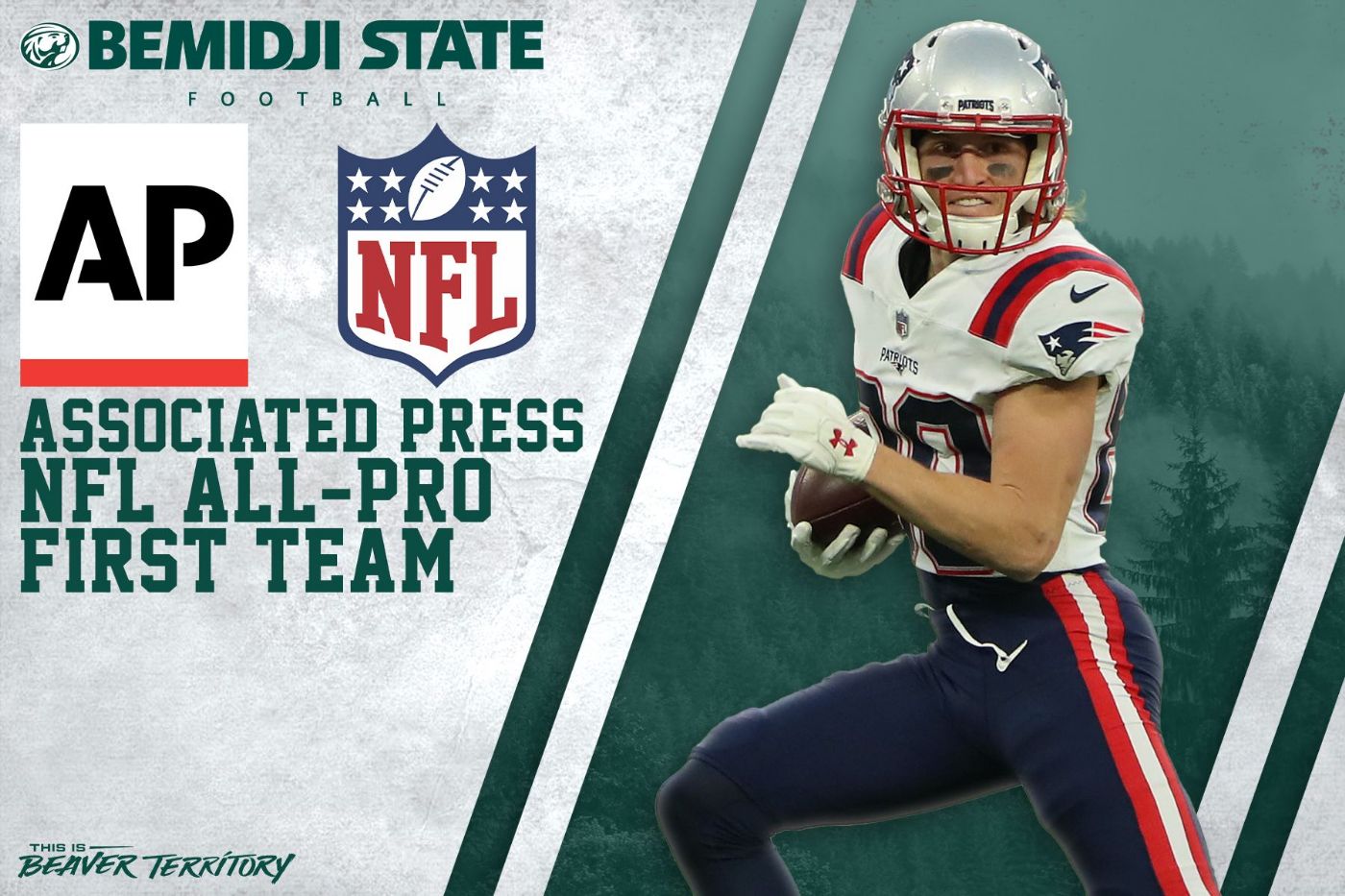 Olszewski capped his sophomore campaign with the Patriots by totaling 346 punt return yards on 20 returns, with zero fumbles, and a long return of 70 yards in 13 games. He recorded 316 of his punt return yards over the final six games of the season. Olszewski added five receptions for 62 yards, averaging 12.4 yards per catch, one receiving touchdown, five rushes for 23 yards, and 18 kickoff returns for 418 yards. Getting back to his roots with BSU, Olszewski also added two total tackles, one solo and one assisted.

Olszewski broke out Dec. 6 as he totaled 145 yards on three punt returns, including a 70-yard punt return touchdown, to help the Patriots to a 45-0 win over the Los Angeles Chargers. He added his first career receiving touchdown late in the game, a 38-yard catch and run for the game’s final score. The NFL named Olszewski the AFC Special Teams Player of the Week for his performance in the game. He nearly scored his first career punt return touchdown a week before against the Arizona Cardinals, but saw it called back on a penalty.

The AP NFL All-Pro teams are selected by a nationwide panel of 50 media members who regularly cover the league. In all, 18 players represent the AFC and 11 for the NFC, while half of the 32 clubs have a 2020 All-Pro.