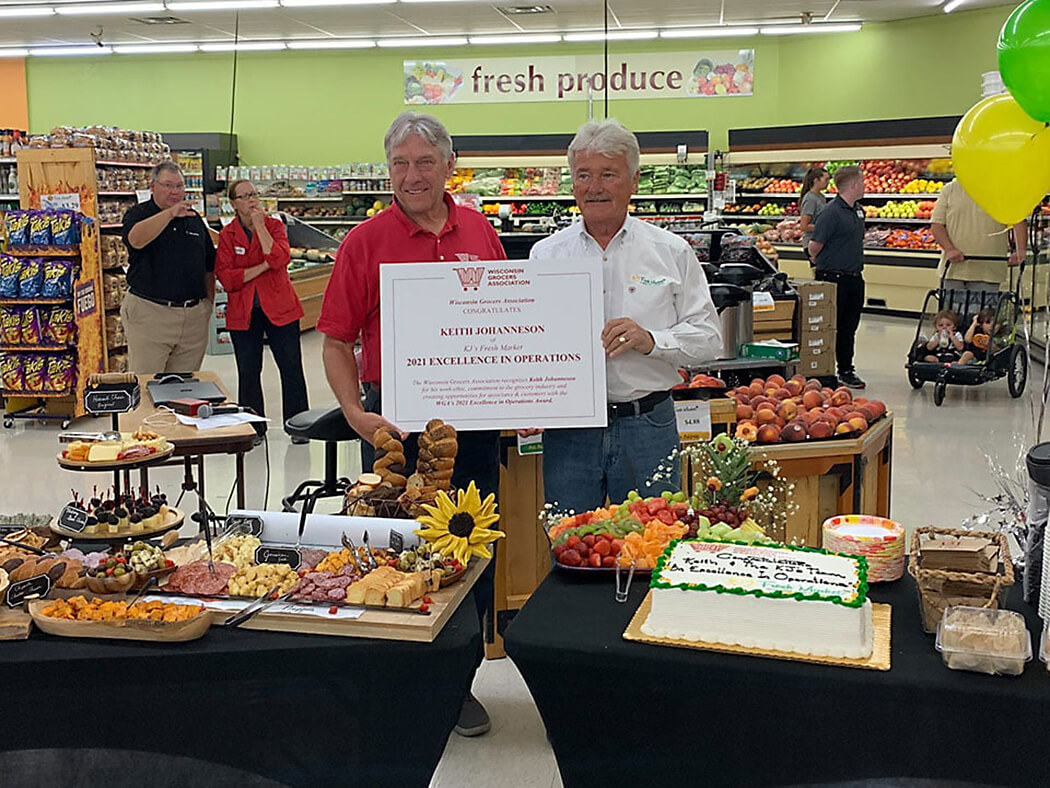 Keith Johanneson and his company, Bemidji-based Johanneson, Inc., were honored with the Wisconsin Grocers Association’s Excellence in Operations Award at the KJ’s Fresh Market location in Chetek, Wisconsin, on August 5, 2021. The award recognizes grocers who excel in day-to-day operations of their stores and in support they provide their employees and service to their local communities.

Johanneson is no stranger to the grocery business. His parents first opened a small meat market in Edinburg, N.D., in 1940. They soon opened grocery stores in Fargo, N.D., and eventually in Bemidji —which included Super John’s Supermarket located across from Bemidji State University in 1962. Johanneson worked in the family store from a young age, and, after studying business at Bemidji State University from 1965-1969, and later at the University of Minnesota and Oxford University, he became CEO and president of Johanneson’s Inc. in the early 1970s.

More than 80 years after starting with that first small-town meat market, Johanneson’s Inc. now includes 25 supermarkets — including Bemidji’s Marketplace Foods — liquor and convenience stores and other entities with more than 1,800 employees in Minnesota, Wisconsin and North Dakota. A recent decision to put ownership of the company into an Employee Stock Ownership Plan has given these employees stake in the company’s success.

Johanneson was awarded with the Thomas K. Zaucha Entrepreneurial Excellence Award by the National Grocers Association in 2011, regarded as one of the most prestigious honors awarded to independent grocers.

Johanneson lives in Bemidji with his wife, Maria.