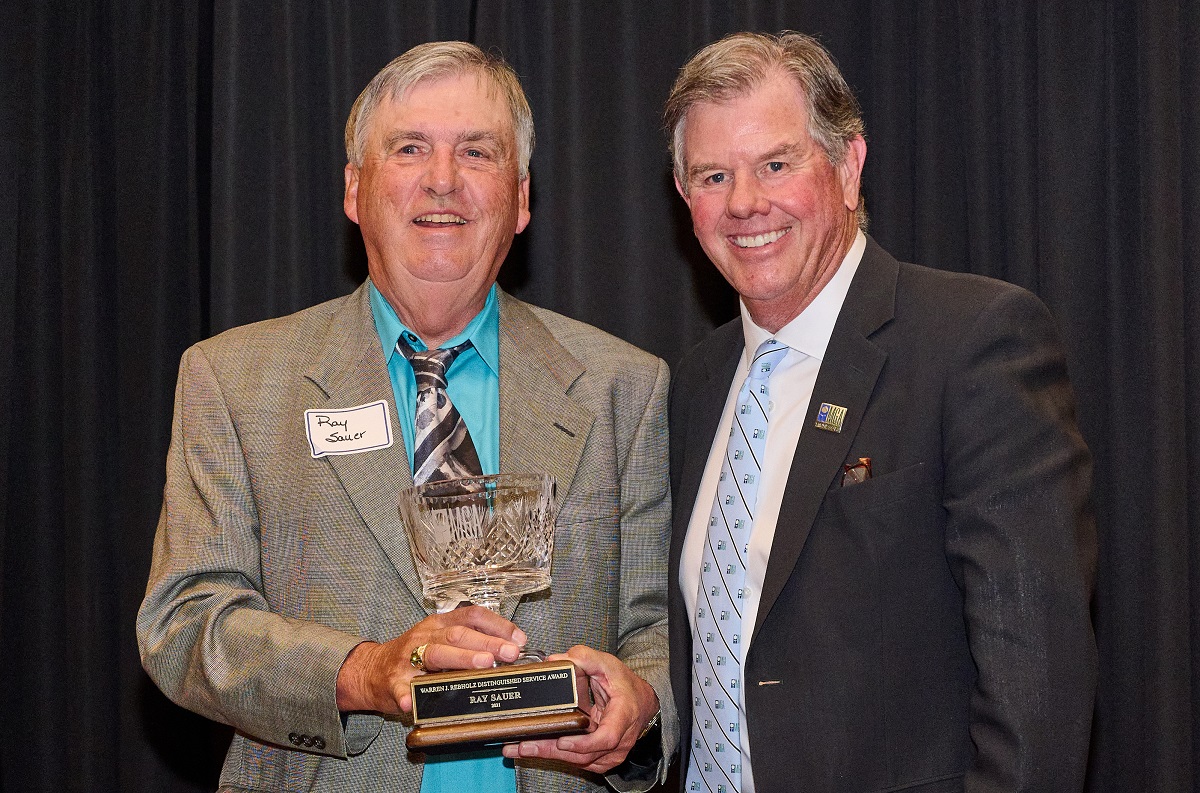 A member of the BSU golf team from 1966-70, Ray Sauer ‘70 is a six-time club champion at his home course in St. Cloud. He won Bemidji’s prestigious Birchmont Classic in 1971 and placed second in the Minnesota Golf Association’s Senior Amateur Championship in 2004 – the same year he was inducted into the BSU Athletics Hall of Fame – among many other local and statewide tournament victories.

While Sauer has amassed many accolades for his performance on the course, what he is most known for is focusing his passion for golf to raise support and awareness for causes he cares about while growing the sport throughout Minnesota.

Sauer’s dedication to the sport was recognized November 1, 2021, when he was awarded the Warren J. Rebholz Distinguished Service Award at the Minnesota Golf Association’s annual meeting in Hopkins at the Oak Ridge Country Club. According to the association, recipients of the award “exemplify the spirit of the game at its highest level and … have made a substantial contribution to the game in Minnesota or on a national or international level.”

Following the death of his twin brother, Ed ‘69, Sauer established the Ed Sauer Memorial Golf Tournament in 2008 to support scholarships for BSU men’s golf through an endowment in his late brother’s name. The tournament is held each August at Tianna Country Club in Walker and has raised more than $110,000 for the program.

In 1969, Sauer was instrumental in creating and growing the Northern Minnesota Indian Classic in Walker from a small fundraising tournament benefiting the Leech Lake Band of Ojibwe to an event that today draws Indigenous golfers from across the U.S. and Canada. He is also a driving force behind several other tournaments in the Walker area each summer.

Sauer lives in St. Cloud with his wife, Kathy.